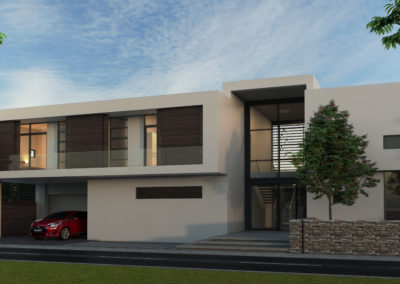 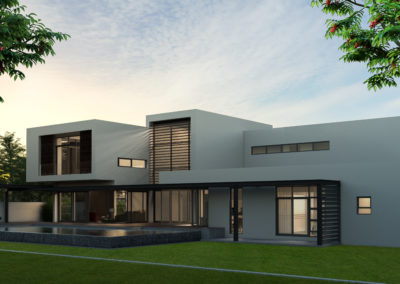 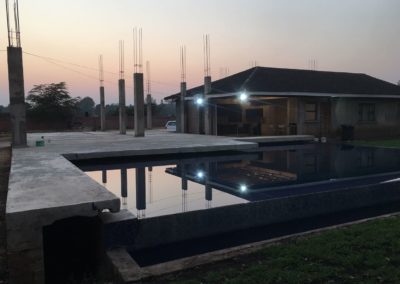 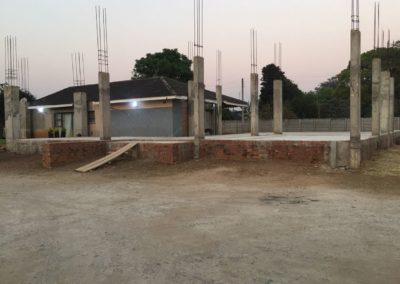 This luxury cluster development called for 4 units. The first unit, the developer’s home, called for a major alteration and addition to the existing suburban house on the plot. When we were appointed, a grid of concrete columns were already erected on the site around the existing house as well as an enormous swimming pool. Working within these constraints the brief called for an ultra-modern, contemporary home. Unfortunately the existing column structure was erected without much consideration to orientation or privacy; to this end overhangs and shading devices have been used extensively for climate control and privacy.

The final development will comprise 4 luxury cluster homes, following the same design language as the initial unit, but with better orientation.